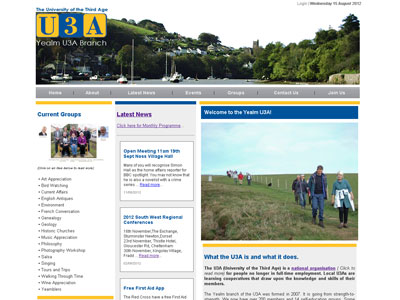 The U3A (University of the Third Age) is a national organisation for people no longer in full-time employment.

The Yealm branch of the U3A was formed in 2007, and is going from strength-to-strength. We now have over 200 members and 14 self-education groups.

Some groups meet regularly and some on an ad-hoc occasional basis. Most have a summer break. Some are entirely sedentary and village-based. Others are more physically active and involve outings. There are also occasional speaker meetings of general interest for the whole of the membership.
View all clients